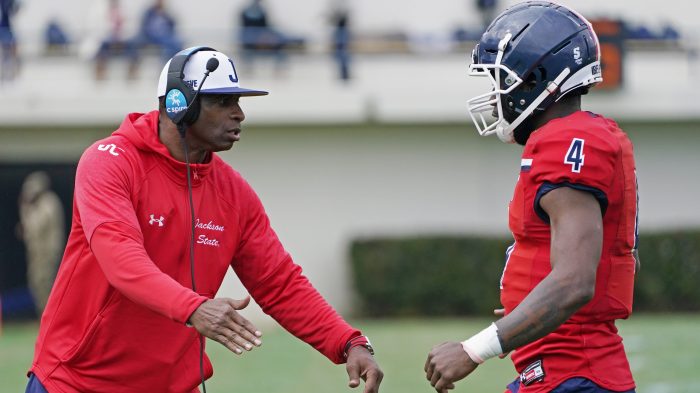 Ask Jerry Rice about his favorite memory from playing at Mississippi Valley State, and the answer nearly starts before the question ends.

“When we beat Jackson State,” he said with a laugh. “We hadn’t beaten them in 20-something years, but me, [quarterback Willie] Totten and the Gunslinger [coach Archie Cooley] went into Jackson and got it done.”

Mississippi Valley State’s 49-32 victory in 1984 ended a 28-year winless drought and improved its record against Jackson State to 2-29-1.

Jackson State coach Deion Sanders and Rice, two of the best players in NFL history, spent the 1994 season together as members of the San Francisco 49ers. 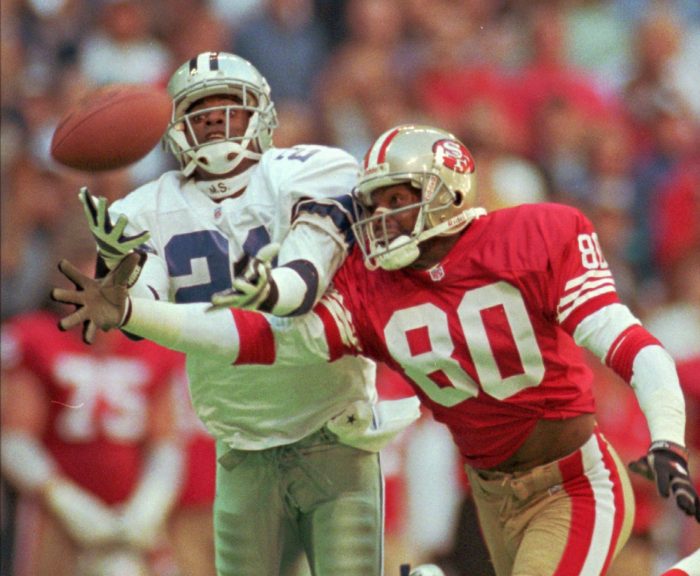 They competed against each other every day in practice, driving each other to be the best possible player.

“Jerry is a tremendous competitor and he’s resilient,” Sanders said. “He was intellectual about the game and his work ethic was above most and he wanted to win and compete every day in everything he did.”

Sanders will use some of the lessons he learned from competing with and against Rice to prepare his football team to beat Rice’s alma mater Sunday at 3 p.m. ET at Mississippi Veterans Memorial Stadium.

The game will be televised on ESPN2.

The teams were supposed to play two weeks ago, but COVID-19 forced the Delta Devils to pause their program.

Sanders and Rice were the same, but different.

Sanders, who created the persona Prime Time, was the epitome of swag and braggadocio and he arrived in the NFL with all of the pomp and circumstance of a future superstar.

Rice, who played in obscurity at Mississippi Valley State, showed up in the NFL with an obsession with the grind of success. After all, there were questions about his speed, his hands and the competition he faced in the Southwestern Athletic Conference (SWAC).

It took a while for the two men to find common ground, but eventually they did.

“He was the missing piece for us getting back to the Super Bowl,” Rice said. “Practice with him was always so intense and competitive with us going one-on-one and it made everybody better. 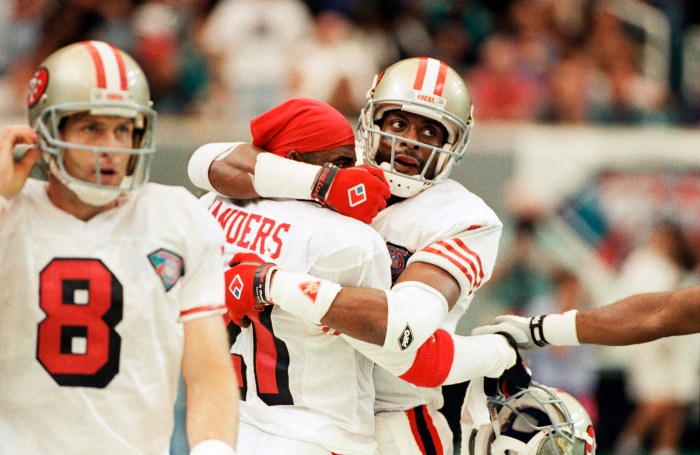 “But it just didn’t make us better. It made all of the receivers better and all of the defensive backs better because we raised everybody’s level.”

Jackson State’s 33-28 upset win over Grambling last week left Sanders optimistic because he can tell the players are slowly understanding the commitment it takes to win.

It’s the kind of commitment he and Rice displayed every day at practice in San Francisco.

The commitment, Sanders tells his players, doesn’t begin on game day. It begins during the week with practicing at a high level, eating food that fuels the body and getting enough rest.

More than anything, though, winning is about changing a mindset, whether it’s convincing quarterback Jalon Jones that he needs to be more decisive when he drops back to pass or telling the defense that it’s not good enough to win without all the defenders running to the ball with maximum effort.

“I was talking to a kid today who’s gonna be a phenomenal player for us in the fall and I said, ‘I want you to want to be your best,’ ” Sanders said. “ ‘I don’t want you to just think about going pro, I want you to think about being a Pro Bowler.

“We’re going to the next level of thought with these kids. Everything they want is attainable.” 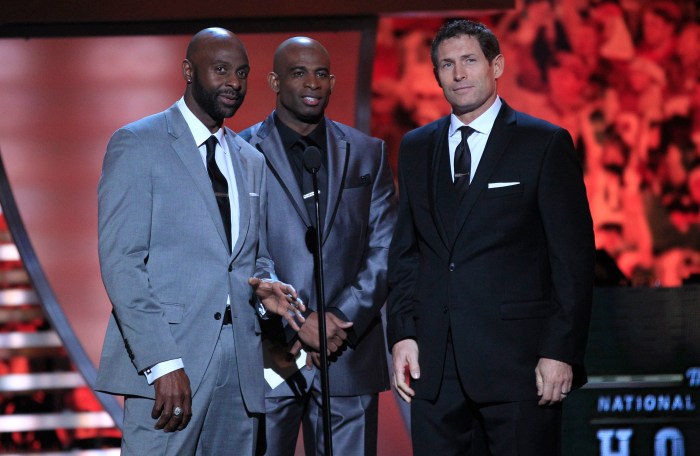 And they each think it can be achieved by players at historically Black colleges and universities (HBCUs). Rice said Sanders’ success at Jackson State will be a game-changer.

“The game is on ESPN this week,” Rice said. “That’s the recognition he brings. A lot of guys who usually go to the major schools will look at HBCUs as an option and some of them will go there.

“Talk to people who played at HBCUs and they’ll tell you, it’s an experience of a lifetime, and they wouldn’t change a thing.”